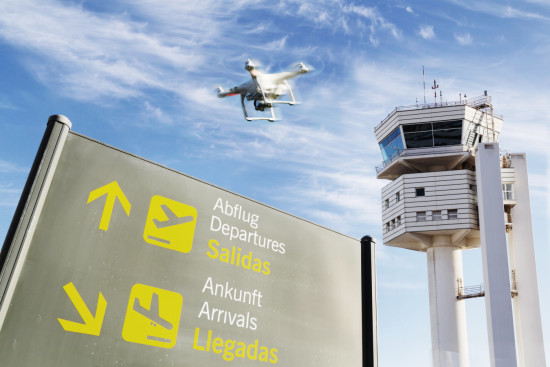 Airports are getting more worried about civilian drones wandering into commercial airspace. While the object that struck a plane landing at Heathrow last month was almost certainly not a drone, security experts fear that unmanned aircraft loitering near airports could get sucked into an engine and bring down a whole plane. After multiple near-misses at JFK in the last two years, the FAA borrowed an FBI drone detection system and field-tested it at the international airport last week.

Beginning May 2nd, the FAA deployed five different rotor and fixed-wing unmanned aircraft systems in about 40 trials to evaluate the FBI’s detection technology. Academics and staff came from a host of agencies, including the FBI, Department of Justice, the Queens District Attorney’s office, and Port Authorities of New York and New Jersey. Basically, anyone interested in safeguarding air travel and prosecuting local offenders.

The drone-detecting tests expanded on research done earlier this year at Atlantic City International Airport. The FAA must continue these evaluations as part of the FY 2016 Appropriations law. The agency hasn’t nailed down a strategy to detect civilian drones and their operators, but least we can rest easy knowing we can knock them out of the sky with a net bazooka or trained hawk when the time comes.