That came as a surprise. DJI officially filed the required paperwork with the FCC to register a product with the name of DJI AIR 2S. I will show you why I believe this to be a Mavic Air 2S below:

The first rumor of this new drone from DJI was kicked off by the filing of the FCC paperwork. Inside this filing you can get a glimpse of the FCC label required to be placed inside or on the DJI Air 2S. Take a look here: 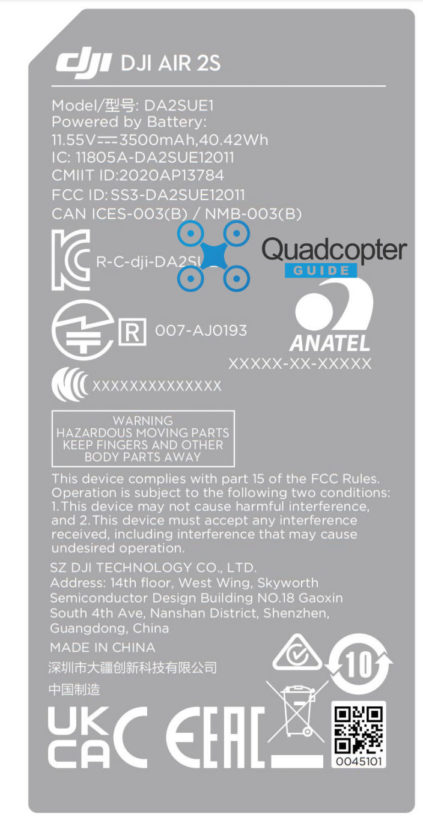 The battery has the same specs as the current Mavic Air 2. It will be more or less the same physical size as the previous or current generation. Improvements will most likely be found with its camera.

DJI used the IMX586 sensor in the Mavic Air 2. A full review can be viewed here: DJI Mavic Air 2 Review. The IMX686 features a larger sensor and 64 Megapixels.

What would you like to see upgraded on the DJI Mavic Air line of drones? Let us know down below: