Update 9: DJI is shipping the first wave of pre-orders of the Inspire 1.

Update 8: DJI is currently in their 3rd phase of pre-orders. Inspire 1’s ordered now will ship on or around January 15th. Also there are two different batteries you will be able to use with your Inspire 1. 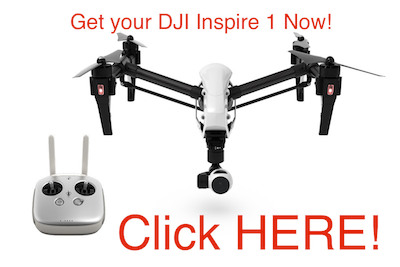 The DJI Inspire 1 starts at $2899 (for one C1 remote control bundle) and offers the following features:

For a complete set of features and specs check out our DJI Inspire 1 page.


Be sure you check out the DJI Live Stream of the DJI Inspire 1 Announcement. At 4:30pm Pacific Time head to Live Stream. Folks outside of the US which may be blocked from viewing the stream can use VPN clients to get a US IP.

Update 4: A new set of photos has been leaked showing a few closer views of the DJI Inspire 1 T600 that DJI will announce officially on 11.12.14. In the first photograph we get the first glimpse of what the “Vision” version including its rumored 4K camera will look like. You can also see the 3 axis gimbal which stabilizes DJI’s own camera. Now it also makes sense for them to offer a built in FPV monitor in the remote control of the quadcopter utilizing DJI’s high definition Lightbridge system. 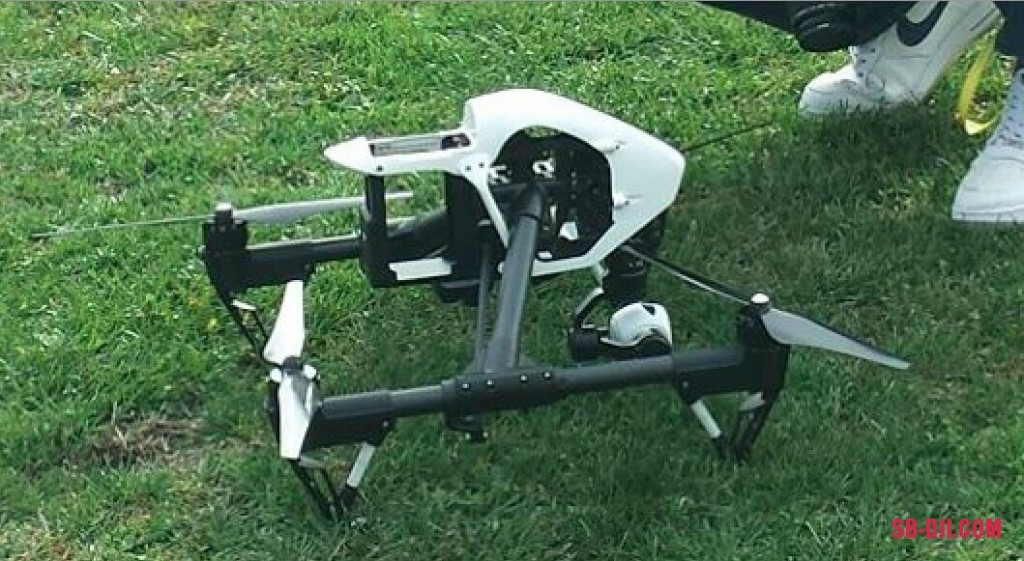 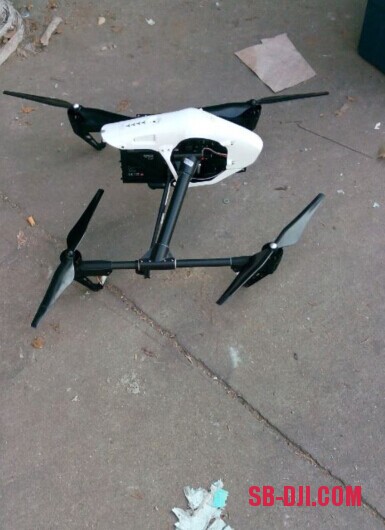 Update 3: The new unreleased DJI Inspire 1 got photographed in a Test Flight!

In a test flight someone captured the secret new quadcopter from DJI. As we reported earlier this new quad from the company that brought us the super popular Phantom 2 will be announcing this new Inspire 1 on 11.12.14. The body seen in the spy photos below, is white which just means this is an early engineering sample or prototype used for testing purposes. People who speculated that it would be an H style frame can pat themselves on the back, as this leaked secret photo shows the DJI Inspire 1 using an H frame. We believe the Inspire 1 will be able to fold each side of the H frame around the body for an easier transportation mode, as it is larger than the DJI Phantom 2 and looks almost larger than the flamewheel 550. The big question is now, what can it carry and how is this larger model going to justify the larger price tag over the phantom series. 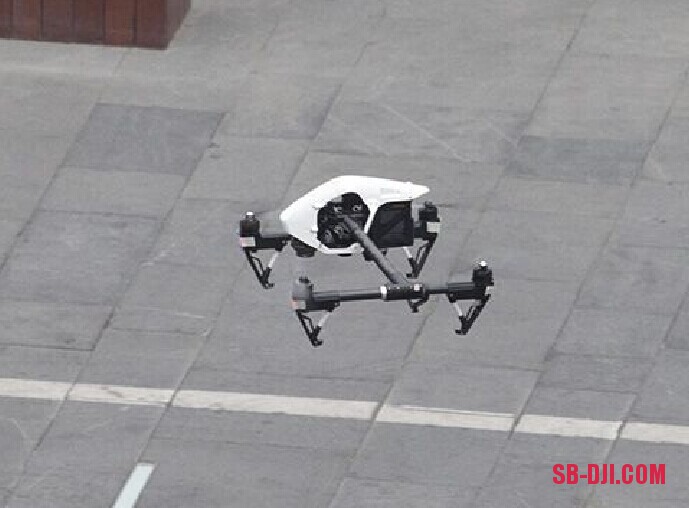 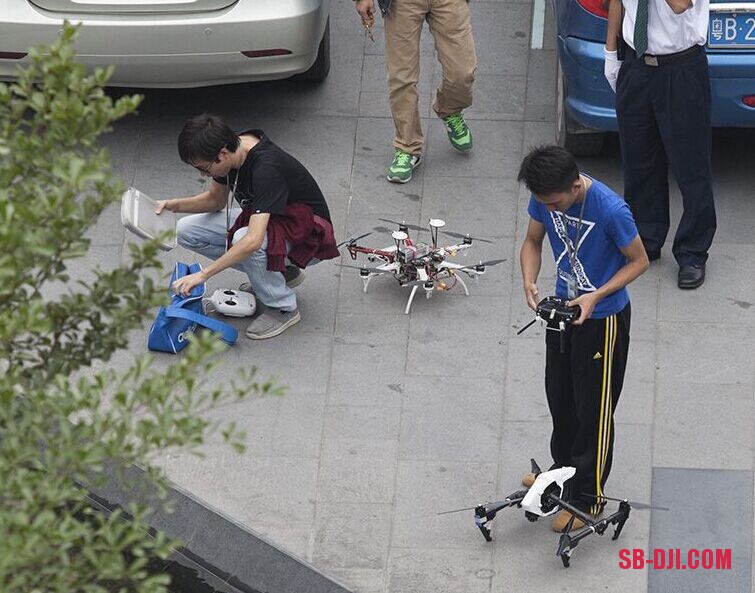 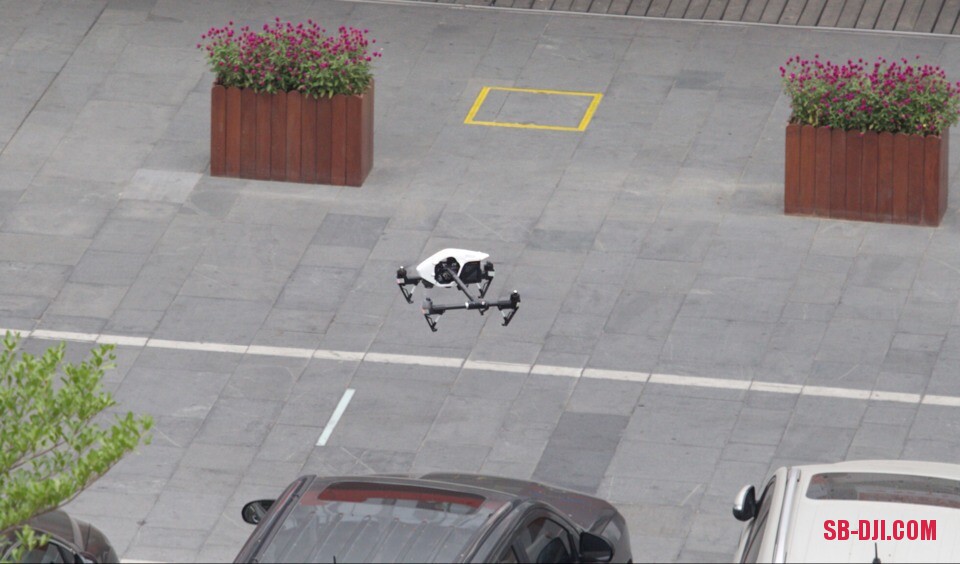 In the last leaked photo you can see an early version of the remote control or transmitter used to fly the DJI Inspire 1 and it also has the 2 antennas, but at least on the engineering sample remote control we can’t make out any FPV monitor making use of Lightbridge. 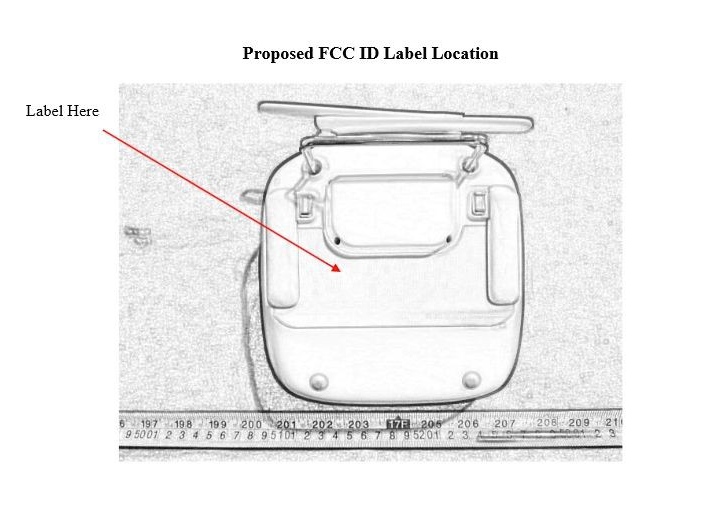 Another interesting FCC filing is for the Transformable aerial vehicle which DJI filed on Sept. 18th 2014. Details and additional diagrams to the one below can be found here. 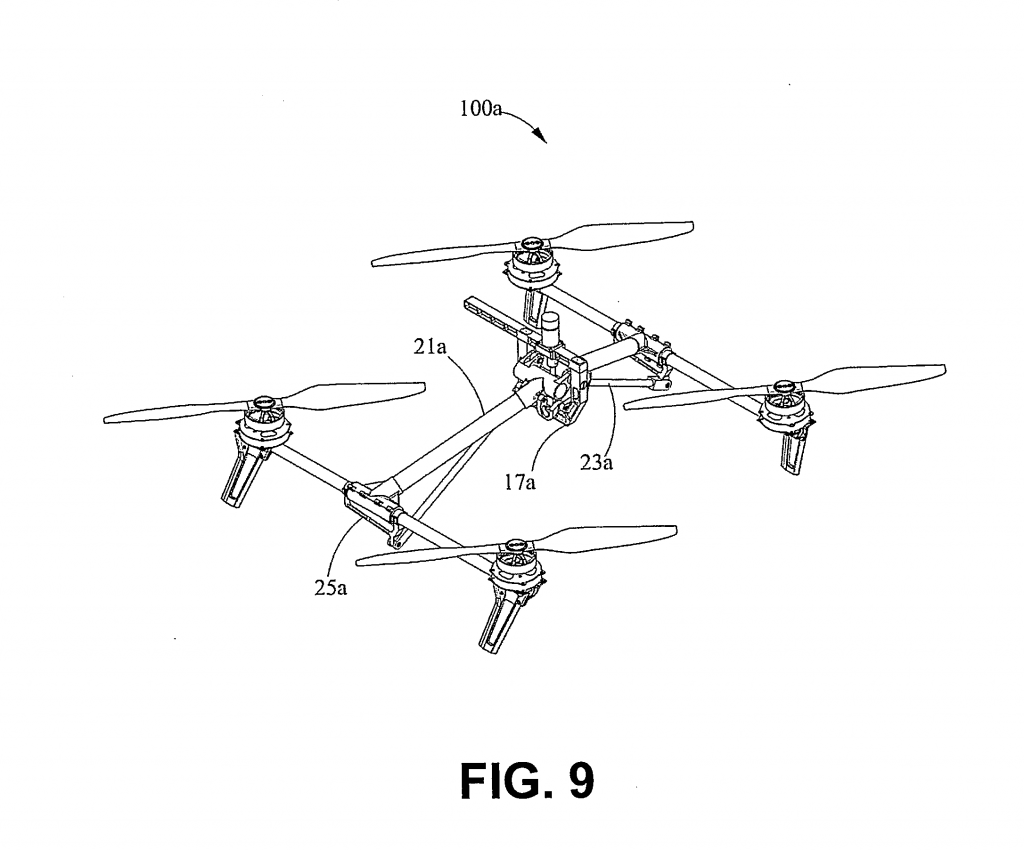 Update 2: A new teaser has been posted by DJI and offers a tiny glimpse at some of the physical features of the Inspire 1. See the video yourself below: 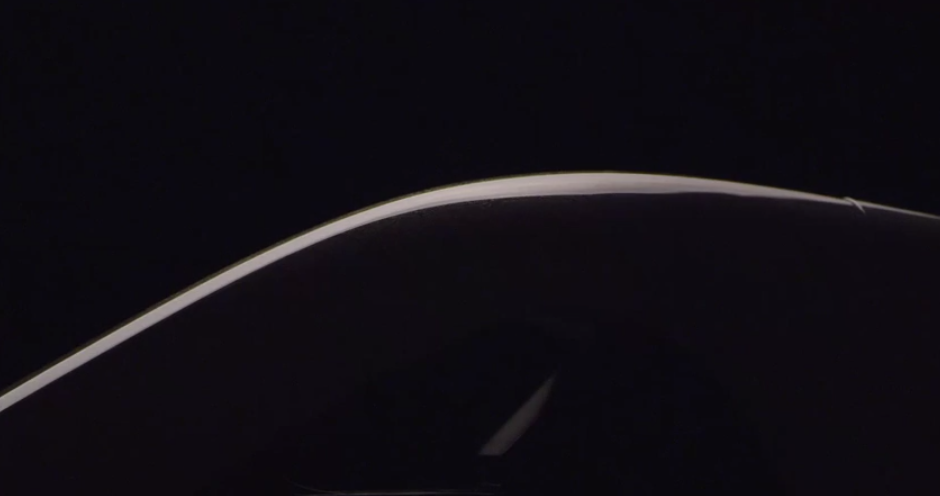 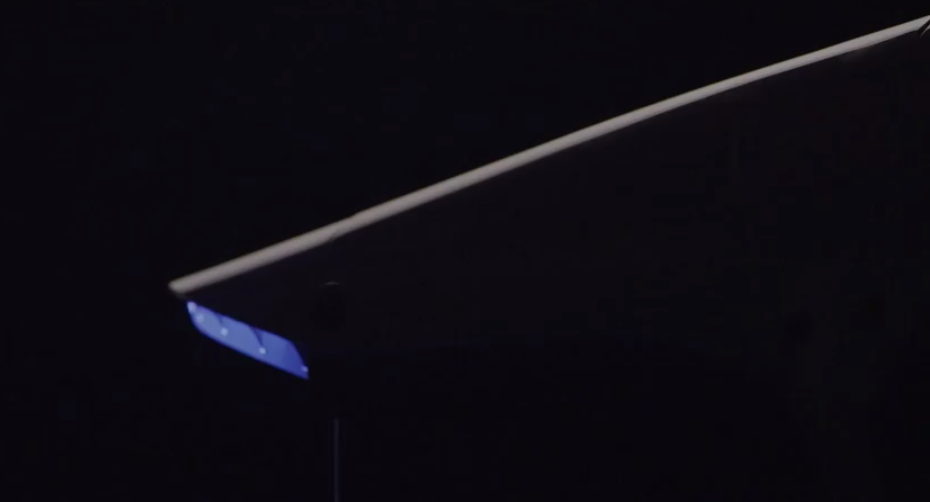 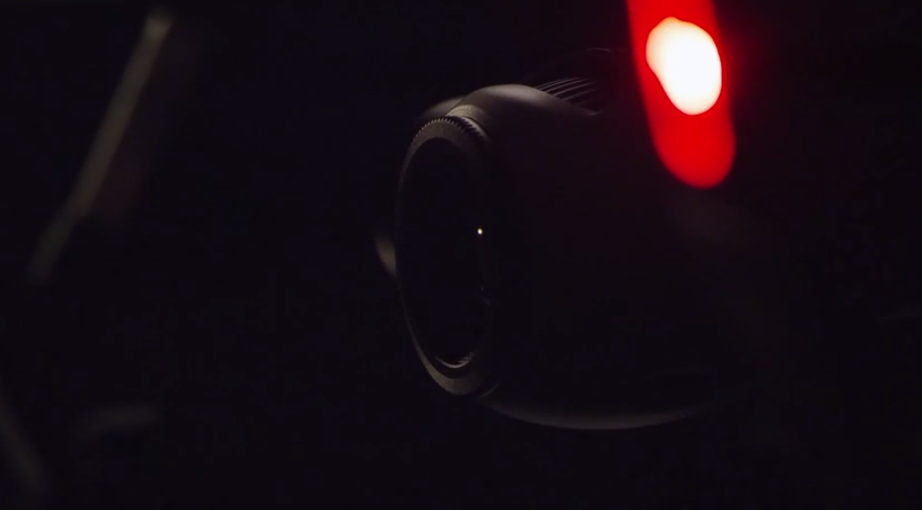 Update: DJI just posted a teaser video announcing a 11.12.14 announce date. The physical release to the public will be 11.27.14. We’re guessing it’ll be released then just in time for the holidays. The video shows the following quote and then an odd ^ to v image transition.

Innovation is the engine that drives us to the sky, to the stars, to the future.

What we gather so far from the information we found was that this will be a 6S hexacopter with a 60cm diagonal distance between motors. The Phantom 2 has 30cm between them. So you can get an idea of the size. Lightbridge will be included for high quality FPV.

Could this be the remote for the much rumored DJI Inspire 1? This was an image which was found earlier in the year on the DJI site, so our guess is it could be similar but the FCC Application shows sketches which are different. Update 11/7/14 Our hunch was correct, as the test flight of the Inspire 1 shows a remote similar to the FCC leak. But the good news is photos and user manuals will be available 12/15/2014. 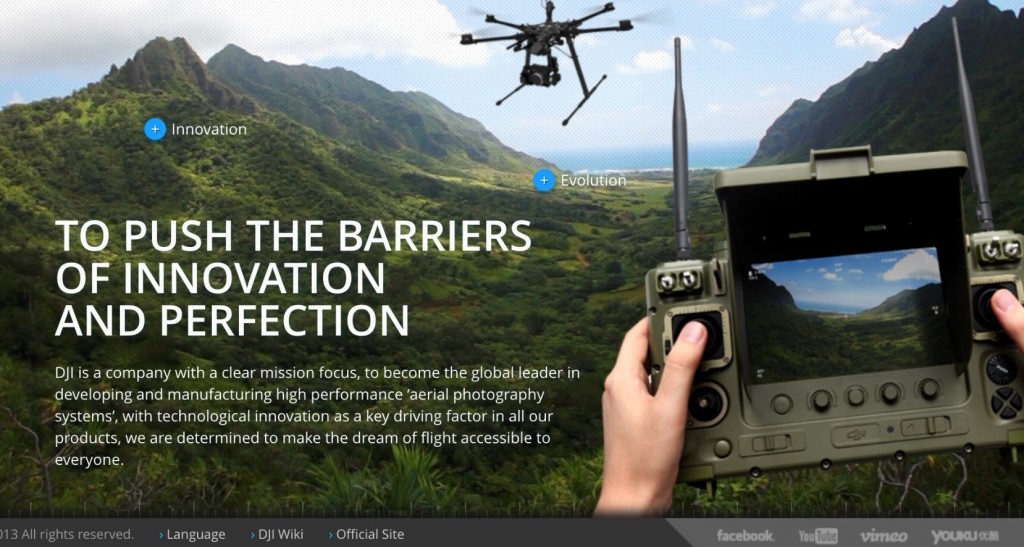