A DJI Mavic 2 Zoom was shot down today in Long Island, NY. The drone was flying for “Missing Angels” an organization which searches for lost pets. The Pilot was properly licensed to operate the Mavic 2 Zoom.

What bothers me, is that this wasn’t just a drone flying around taking pictures for a hobbyist, or even for commercial imaging purposes. Don’t get me wrong, shooting any drone out of the air, is a crime and insanely irresponsible. The drone was trying to locate a missing pet. Ironically the family of the person who shot the drone down owns two dogs.

The missing dog “Dezi”, an 18-month-old dog, had just entered her new forever home. Dogs get placed in forever homes after foster homes, or directly after someone cannot care for the animal anymore. Dezi had been in her new home for a few hours before she jumped the fence.

Dezi escaped on Thursday, by Friday morning Missing Angels dog rescue posted a call on social media asking for help. Saturday several sightings were reported. After one of those sightings was reported in a neighborhood that is heavily wooded, Missing Angels launched the Mavic 2 Zoom.

Soon after take-off the operator of the Mavic 2 Zoom thought he had collided with a bird. The screen went black and he couldn’t see the Ocusync 2.0 live-feed anymore. Gerard Chasteen fired three shotgun shots from the backyard of his home. One shot hit the Mavic 2 Zoom and caused it to crash. 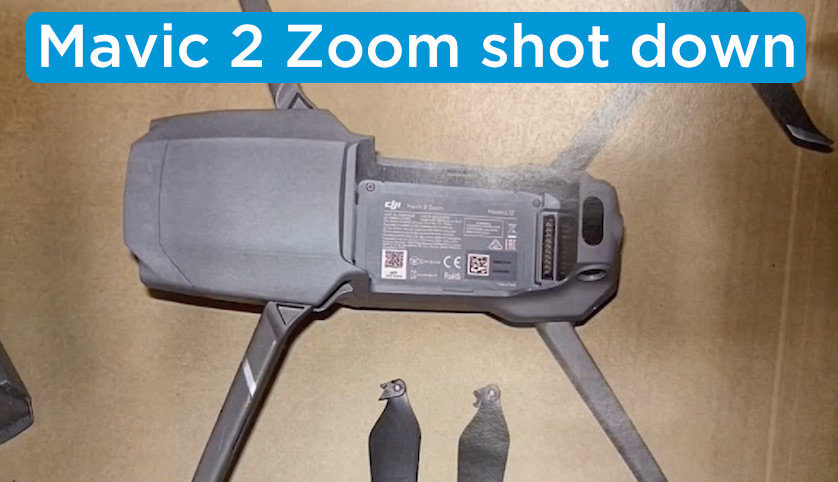 The good news is that Dezi was found and is back home with her owner. We’re glad this story turned out to have a happy ending, for the dog and owner at least.